Gregory Marler is living in new places, helping to create OpenStreetMap, and only using maps that he is free to copy/edit/redistribute. Since 2007 so much in Durham has been mapped by Gregory, along with other volunteers that have been inspired and motivated by the work. The blog also highlights what can be done with the OpenStreetMap database that they contributed to.
Visit Site 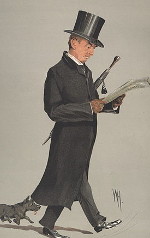 Working with multiple university departments, Gregory Marler was the lead developer for an AHRC-funded project to host Bishop Henley Henson’s journals from the 1900s. The XML repository archive has linked metadata to highlight people, places, and organisations and enables readers to find other mentions by Henson. Henson’s personal journals are of interest to academic researchers and casual studies both for political history as well as religious interest. To enable the search and linking systems, the repository website was built with Lucene ElasticSearch and used the Samvera/Hydra stack with many customisations including GitHub API integration for data backups.
Visit Site 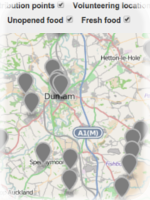 Edible Giving
Donating to charity doesn’t have to involve your wallet, many organisations are grateful for food contributions or volunteered time. However it can be hard to know what food you can give and where to drop it off. Launching the website in Spring 2015, we hope Edible Giving will show charities the benefit in publishing open data and help more people find the organisations and locations that are relevant to them. New features and data sources will be added to this website when we are able to support it with our own development time.
Visit Site 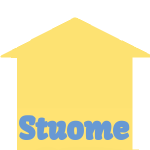 Aiming to provide information on the rental market for young adults in Durham, independent of landlords and politics. The students’ union stopped verifying the quality of privately-rented accommodation in the city and formed a gap which some landlords filled by scaremongering students into signing contracts early. This website gathers data from multiple sources and presents it publicly to allow tenants to demand more for their money and to stay safe.
Visit Site 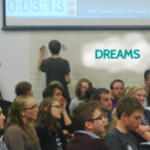 For an open-mic event that gives audience members 5 minutes maximum to share a dream. No More Grapes provided audio recording, a twitter wall, and a clock (with buzzer noise) for the events. A website was created on a limited budget in order to host media from the events and stagged plans drawn up to increase functionality of the website if resources allowed. The twitter API was used to record comments from the event and then display them on the website beside the relevant dream.
Visit Site 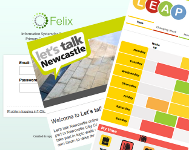 On behalf of Cloud Data Service
For over two years, Gregory worked at Cloud Data Service and helped them with a number of web-based projects. Most notable being the lead architect and developer of a bespoke online product-ordering system for the Fair Food Carlisle food hub. Gregory was a key role on the development team of the LEAP suite for Newcastle University and health care information systems such as Felix. He helped maintain many other products including Call it Quits and Let’s Talk Newcastle.

ToiletMap.org
A website, launched December 2011, utilising the volunteer-created data from OpenStreetMap to show users where public toilets are available. Includes the ability to filter based on gender, wheelchair access, and fee. With a post announcing the end of it’s purpose, the website closed in September 2014.

BritishStudent.ca
A student on an exchange to Canada keeps you updated on the differences, troubles, and adventure. This ran from September 2009 to March 2010.